For this assignment, pick a theme that interests you from Homer's "The Odyssey" (hospitality, loyalty, vengeance, the importance of family, etc.) and explore the ways in which the epic poem expresses this theme, and also tell us why this theme is significant (why does what Homer was writing about then matter now?) You should cite specific examples from the text to support your claims about the theme you choose.

The essay should be a minimum of 750 words.

Come up with an original title for your essay, which you will center on the page below the header.

Themes in the Odyssey

In the novel, “The Odyssey”, the major themes highlighted are very significant since most of the characters are represented either morally or through the ethical constitution. Through the characters, the reader can gauge behavior and learn about the themes. For instance, important themes will feature depending on how often a character is represented. The book written by homer represents a variety of themes which include loyalty, vengeance, perseverance, and hospitality among others which are minor. For the entire novel, loyalty is one of the important themes which have an enormous impact on it. In any part of society, loyalty to the gods, the community, or the family is equally important. This was one of the greatest laws among the ancient Greek citizens.

Loyalty, the chosen theme and also a major theme of the book is one that brings the whole book to a piece. The Trojan War which happened ten years back, people have forgotten its impact and how Odysseus and his army bravely fought to ensure what the gods were throwing away was equally important (Brelinski, 2015).

Generally, the essay talks about how loyalty kept determined and highly motivated Odysseus in their tracks. There are different scenarios where loyalty is experienced starting with the relationship of Odysseus and Penelope, how the gods and men were loyal to each other, and how the soldiers of Odysseus were loyal to him till his death. It is clear proof that will be shown in the essay that without loyalty, no one can fully succeed; in this case, Odysseus could be broken before the end of his tenure. By definition being loyal is a situation or feeling by which an individual pays allegiance to something or someone (Brelinski, 2015).

To start with the loyalty shown by the wife, Penelope, is a figure and an example of what loyalty should be. After her husband was away for quite a long time, twenty years, she stays committed and waits for him to get back. While the husband was away, many suitors sort for a hand in marriage, but still, she rejected them for Odysseus. It is even worse as the suitors force her into marriage. Instead, she tells them that she will only marry one of them when she is finished with the shroud of Laertes ( p.22) ( Taussig, 2018). The quote from the text reads, “ so every day she wove of the great loom, but every night by the torchlight she unwove it; and so far for three years, she deceived the Akhaians” ( p.22) ( Taussig, 2018). This used to make the suitors get deceived as time passed and she waited for her husband. By this, homer portrayed Penelope as being loyal and showing commitment to her long-gone lover.

Telemachus shows the second instance of loyalty. This was Odysseus' only son. Without knowing where his father was, he took the step of going to an unknown land to look for him. Despite hearing the stories from other people, he was not willing to give up the journey, but instead, he became more determined. This determination was also brought about by his being able to know the father’s legacy (Taussig, 2018). Probably, finding sons like this is very difficult. In most cases, when a father could be gone for those many years, then most family members would forget about them and even accept the critics that he might be dead. Despite that, the son was very passionate about having the father and son relationship which he had not had in his life, and finding the father was the only hope.

To earn loyalty from entirely everyone in a community means that one is highly respected. His servants, Eumaeus and Philoetius show him careafter being away for the many years. This shows how loyal they are. In fact, one of the servants speaks positively about him, and he says, “And I speak his name respectfully, even if he is not here. He loved me, cared for me, I call him dear lord, far though he be” (p. 252) (Thornton, 2015). Additionally, the two servants are ready to die during the annihilation of the suitors, which covers the respect they have for the wife and loyalty to Odysseus. Seemingly, the important character here is Odysseus, and respect and loyalty are shown to him.

With the belief having Zeus and other gods, Odysseus knew that they watched and controlled the world. One unique feature that Odysseus had is not being induced by the desires of evil. He always followed what the gods wanted him to do and never disobeyed their orders. This obedience proved how loyal he was and it enabled him to be accepted back to his homeland back in Ithaca. Clearly, the novel shows the importance of loyalty as a theme (Thornton, 2015).

By using different characters in the book, Homer was able to show how loyalty is a virtue to be adorned. Through true love, Penelope was loyal to her husband. Telemachus's search for their father also showed loyalty. The level of loyalty displayed by all those characters to Odysseus proved their level of faithfulness. This later guaranteed a peaceful return of Odysseus back to their family and home. For the entire novel, loyalty is one of the important themes which have a high impact on it.

Taussig, M. (2018). Mimesis and alterity: A particular history of the senses. Routledge.

Do You Need Some Help With Your Assignment?

Get Help with your assignment, Spend Your Time Wisely 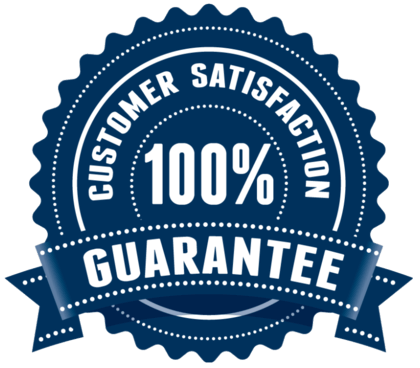 Write My Biology Paper For Me - Hire Biology Writers Today!

Most Recommended Online Side Hustles For Busy Students